One of the reasons Wipaire is an excellent destination for aircraft services is our experienced paint refinishing department. By having top-notch facilities and expert paint technicians on staff we are able to coordinate all of our departments to provide customers with a convenient service destination.

Our paint department is equipped with both the tools and expertise to complete a wide range of projects including full refinishing projects, paint touch-ups, and float and modification paint scheme matching.

Wipaire’s world-class paint department employs state-of-the-art equipment to ensure not only an award-winning finish, but also employee and environmental safety. Our paint team employs industry best practices along with things like an EPA-compliant wastewater system to meet or exceed hazardous substance handling and disposal requirements.

The Wipaire paint department has worked on a variety of projects including government contracts, unique custom paint schemes, decal application and contracting with airbrush artists for truly remarkable customizations. A standout example of this is the amazing ocean themed Twin Otter that was completed in August of 2013.

We have recently been working to expand our paint capabilities and work force to continue to develop a stellar team. Recognizing that aircraft painting is a skilled job, we have made investments in personnel, equipment, and facilities in order to meet the changing expectations of our customers.

We hope to see your aircraft in our paint hangar some day! 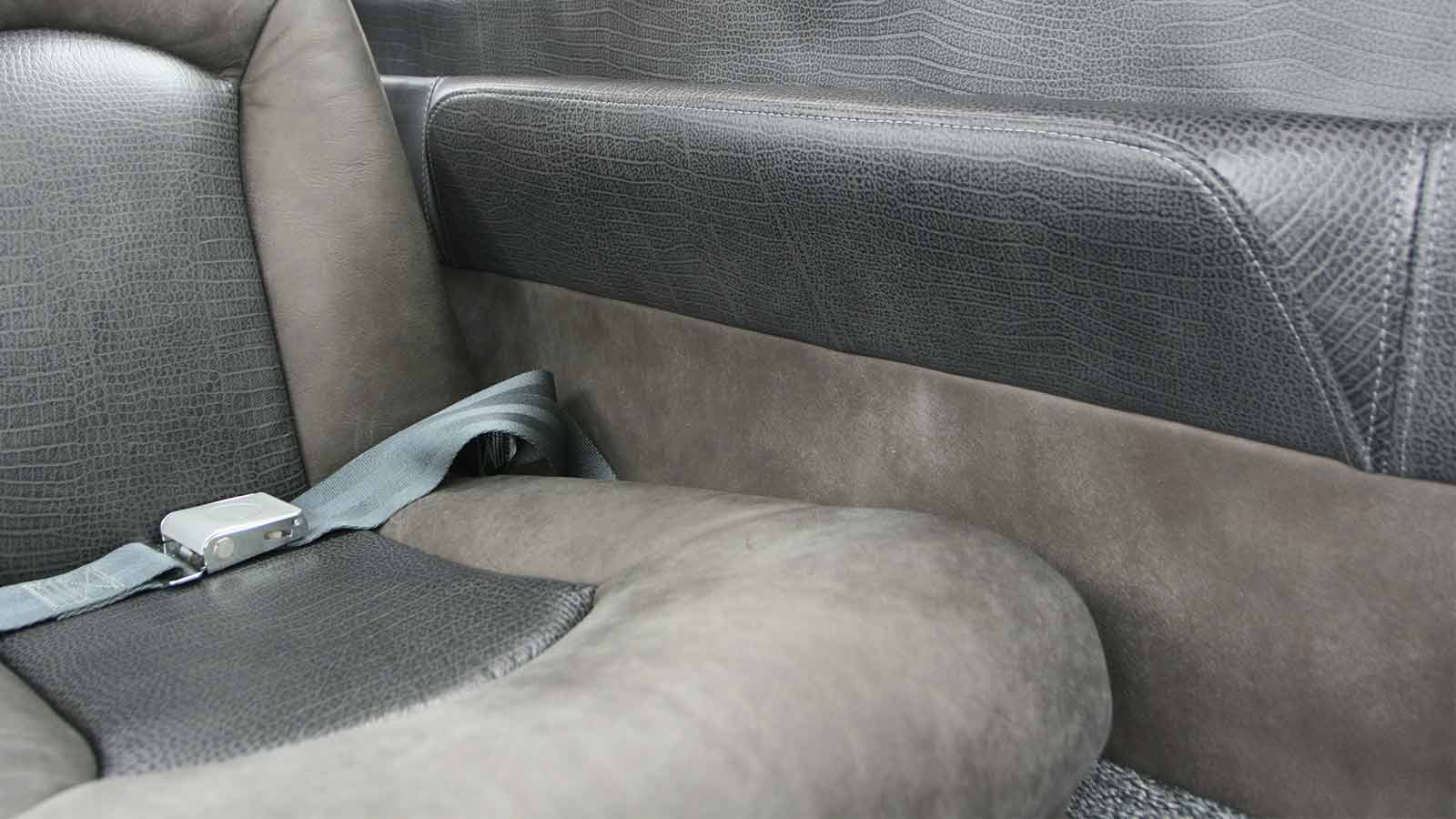 A Whole New Animal: This Custom Cessna 340 was Worth the Wait

Bruce, an owner-operator with a low-time 1980 Cessna 340, spent several months looking for someone to modernize and refresh the interior and exterior of his airplane. He had completed a major panel upgrade and was ready to make the rest of the aircraft similarly impressive. This makeover would encompass stripping the airplane and repainting it as well as completely refurbishing the interior.

Having seen some of Wipaire’s Caravan interiors, Bruce elected to contact Wipaire as he was evaluating options for services providers. After several interactions, Bruce was understandably anxious about the significant work scope and elected to visit Wipaire in person last November. “At the time, I was looking at several different shops. Everyone else was trying to sell me a cheap job, and I wanted a quality job.” To discuss the interior project, he met with Will Perez, our interiors manager.

“Will did a phenomenal job of diagnosing what I wanted,” Bruce commented. “He and Jim (Halfen, interiors shop supervisor) were able to transform the sketchy ideas I provided into a spectacular project. Within about an hour, we had settled on the concept that was used in the airplane.”

Bruce’s first concern was durability and how the interior would show wear. With bases in Minnesota, Nebraska, and Colorado, he frequently flies with his dogs and cat, and didn’t want a high-maintenance interior that would require constant upkeep. He knew he wanted darker colors that wouldn’t show wear easily, but didn’t have specific selections made. “Will showed me some darker colors of leather, and came up with the idea for the alligator-embossed leather for an accent. He and Jim also suggested a flecked carpet that doesn’t show dirt. They were alerting me to things that I wouldn’t have noticed on my own, which was fantastic.”

Will added, “This project was just fun. It was outside the standard material selections, and we really enjoyed working with Bruce to develop something unique. He identified with creating something that no one else had, and that’s always a lot of fun.”

While the aircraft was a well-kept, low-time airplane, several design features were beginning to reveal the airplane’s age. The seat upholstery style was outdated, so Will worked with Bruce to define what look and functionality was desired. “We made the seats close to two inches wider, while changing the headrest and seat back design. The result is a more streamlined and modern appearance that also provides more room. Since Bruce routinely travels with his family in this airplane, comfort and function are key considerations,” Will stated.
The seats feature a vintage-look leather that has rugged yet modern “lived in” look that doesn’t show wear easily. The seat back incorporates the alligator-embossed leather, which is also used on the sidewalls to maintain continuity throughout the interior. The headliner was refreshed with a neutral color that offsets the darker material choices and creates a refined atmosphere with plenty of light.

“I couldn’t be more pleased with it. It’s a real head-turner on the ramp.”

While Will’s team was updating the seats with new foam and covers, Wipaire’s paint team was working on a masterpiece of their own. “The airplane had a typical RAM paint scheme,” Bruce noted. “I wanted to get away from the dated horizontal lines and color. I met with Bill Jones (paint shop supervisor) and he put me in contact with Craig Barnett of Scheme Designers. Craig asked me what I didn’t like and had me send him some examples of airplanes that I did like during the development process.” Scheme Designers zeroed in on a design that Bruce liked and then Bill helped translate the scheme into actual paint color selections. “Bill sat down with me and went through paint chips. We would pick a few options and then go outside to see what they would actually look like on the airplane when it was on the ramp. I provided about 0.5% of the information, and Craig and Bill provided the other 99.5%.”

As with all paint jobs, proper stripping of old paint and prepping for the new finish makes all the difference in the quality of the end product. This means taking the airplane to bare metal and scrutinizing any imperfections or blemishes that may be discovered. “A good paint job on an airplane can last 15-20 years. If you don’t take the time to address any imperfections on the airframe, they’re going to be hidden under paint for years and may continue to deteriorate underneath otherwise nice-looking paint,” noted Bill.

“Bill warned me that we’d find some things when we peeled the airplane down. Even though it was well-maintained and didn’t have many hours, the airplane still had areas to be repaired,” Bruce remembered. “When Bill and his team found something, the communications were absolutely second to none. The blemishes were circled in color and included the description and price to fix them. It was very detailed and professional.” With Bruce’s exacting eye for quality, repairs to the airframe were made by Wipaire’s maintenance department, body work was performed by the paint team, and the avionics department addressed several antennae in need of repair. Bruce added, “I know the difference between concealing issues vs. the long-term benefit of addressing them. This airplane is new in every respect, and well worth the investment in time and money.”

Of the final product, Bruce says, “I couldn’t be more pleased with it. It’s a real head-turner on the ramp.” Looking at the pictures of interior and exterior, we think you’ll agree! 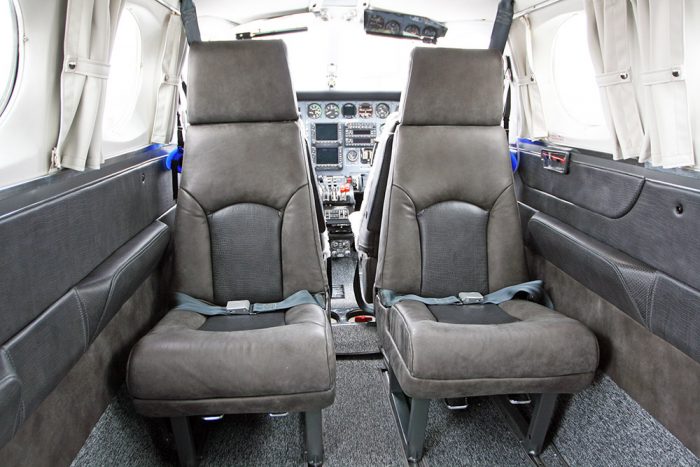 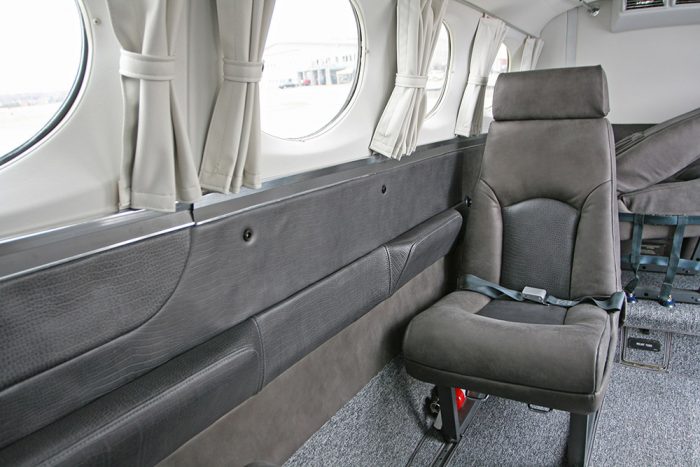 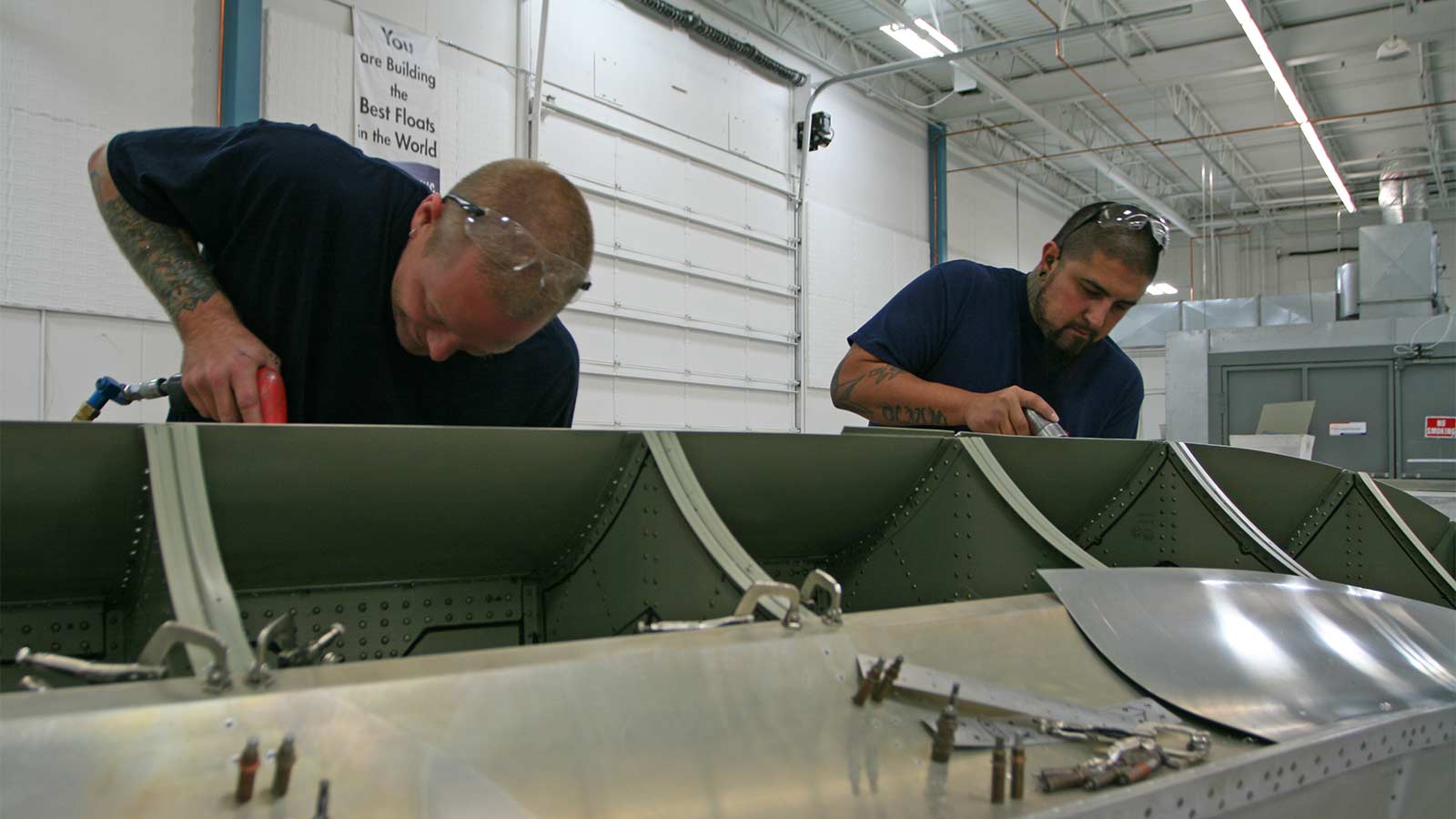 Wipaire’s manufacturing team is made up of approximately 30 individuals who build Wipline floats, AirGlide skis, and our many modifications.

Our manufacturing department moved nearly all operations into a new facility in late 2012. The West Gate facility features over 22,000 square feet of production, office, and warehouse space and integrates multiple manufacturing sites under one roof.

The manufacturing team is responsible for successfully introducing new products into regular production, a challenging task that requires consideration of existing production schedules and methods as well as implementation of new technologies and designs into the process. This year, our manufacturing team has entered full production on the new Wipline 8750 float and is beginning production of the all-new Wipline 1450 float as well. Both of these products mark Wipaire’s entrance into a new market—the Cessna Grand Caravan & Grand Caravan EX were approved on Wipline floats for the first time ever earlier this year, and the Wipline 1450 is Wipaire’s smallest float ever, designed for light-sport aircraft. In addition to Wipline floats our manufacturing department builds float rigging, installation kits, AirGlide skis, and numerious aircraft modifications.

The people who build Wipaire’s products do not simply piece together floats, skis, and modification components. They are true craftsmen who apply both art and science to create the quality products that Wipaire is known for around the world.